Album of the Week: “Desire” by Pharoahe Monch 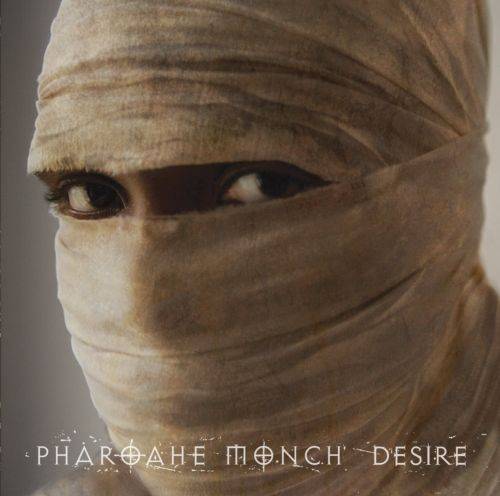 Throughout Pharoahe Monch’s career we as an audience have come to know some things. One, Monch is never one to settle. If anything, he’s a rare breed that exerts extreme caution to almost everything he does. After his debut album Internal Affairs and the political jargon that resulted from “Simon Says,” he left, almost seemingly quitting the rap game forever. To some this was his cop-out, but to his most dedicated fans this was him trying to re-arrange an image he so purposefully constructed to a point. Secondly, Monch isn’t one to write a song and spit it just for the sake of doing so; he always has a goal. On Desire, his second studio album—which comes almost eight years after his debut—Monch gives us a soulful work of art that lures us in with meticulous imagination.

Giving the album order and consciousness comes in the form of the title track, a flashy production by The Alchemist where Monch sets his own desire. “My book is an ovary, the pages I lust to turn/My pen’s the penis, when I write the ink’s the sperm.” And here we see Monch’s craft, where he ushers in an album that energizes the listener with meaningful bars that mix lusciously with centered production.

On “What It Is,” one of Monch’s most lyrical songs on the album, we see the MC re-work his inner thoughts into a creative canvas. “Raps like Star Wars only the stars die, no sequels/Beat three cases, see three POs/Before Morpheus and Neo was killing ‘em/We was ducking bullets in the hood like Remo Williams.” Comparatively, on “Let’s Go” Monch ducks, dips and hits quick with sick shit that the listener’s head gets stuck with. “They research my stem cells, clone ten of me/Send one of ‘em back in time just to get rid of me/Stop Pharoahe Monch from having verbal epiphanies/Now that’s new definition to ‘your own worst enemy.’”

The focus of an album like this isn’t to say something just for the sake of saying it, but rather to mold a message from an artist who has something to say. Being an experienced veteran to the game, Monch makes us focus on history and it’s ability to avoid upcoming havoc, and in a way he subtly reminds us of his history and that to mold your character, you must be aware of your past.

Most history textbooks tell us that after Dr. Martin Luther King Jr.’s famous “I Have A Dream” speech and the ratification of the Civil Rights Act of 1964, the struggle against legal segregation and racial justice ended. Just like that, there was no racism anymore; everything was equal. It takes very little digging to figure out that this is not true. In fact, the struggle for racial, social, political and economic justice continues today. Pharoahe Monch is making this argument with his 2007 album, Desire. One of the most underrated MCs of the past two decades, Monch delivers a profound, revolutionary blow that challenges listeners to reflect on the violence, drugs, oppression and double standards in our society.

Desire combines gospel infused samples with modern production to create a current, yet vintage feel. For example, the intro is a gospel rendition of the legendary Civil Rights song “Oh Freedom” made famous by folk singer Odetta. The struggles of the past inform the struggles of the present day, and the album’s production reflects this. After the intro, we are launched into the song “Freedom” where Pharaohe Monch compares the corporate aspect of the music industry to slavery. “Your A&R’s a house nigga/The label’s the plantation/Now switch that advance for your emancipation.” In “Push,” Monch proposes that if we want true freedom, we have to come together as a community, inform ourselves, celebrate life and struggle together.

Pharaohe Monch is at his best in the song “When The Gun Draws” as he comments on the horror of gun violence, which, as we know is a very relevant topic. Monch rhymes from the perspective of a bullet that is locked and loaded. “Good evening, my name’s Mr. Bullet/I respond to the index when you pull it, the trigger.” Later in the song he goes, “When I kill kids they say shame on me/Who the fuck told you to put they names on me? White man made me venom to eliminate/Especially when I’m in the hood, I never discriminate.”

Desire is an important album because Pharaohe Monch is not just using his music to “complain,” but rather is proposing that we take the time to learn from history and inform ourselves on the important issues that are in our communities. When we do this, we hold each other to a higher level of understanding that is trans-formative. Oh, did I mention that Pharaohe Monch has sick lines to go with this message?