Album of the Week: “Blackout!” by Method Man & Redman 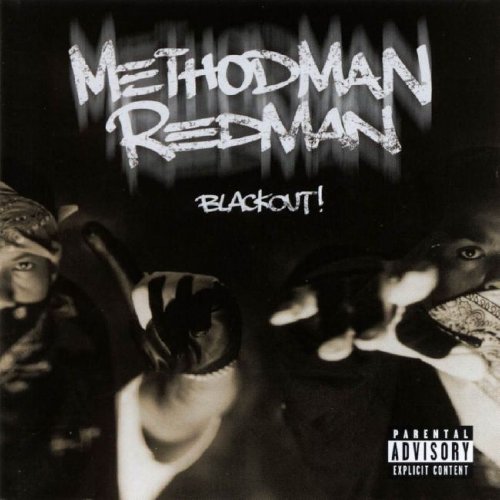 I don’t know what it is, but Method Man & Redman’s Blackout! will always be one of my go-to hip-hop records. In fact, it might be my favorite hip-hop record of all time. Whenever there’s an argument to be placed on “the best of the best,” I always turn to this record as an example. Maybe it’s because I’m fanatical about their ability to play off of each other as they digest each other’s bars and add with a bit of their own commentary, quickly making us think that these dudes are both smart and funny. Maybe it’s because of the production, an Eric Sermon dominated piece with tight-knit bass and percussion delivery. Or maybe it’s because Blackout! in its entirety is a playful album with some of the best creativity hip-hop can throw at you with innovative skits (some/most skits are terrible), jib-jab wordplay and intense bars that never end. I like to dissect records for the most part, but with Blackout! I’ve always accepted it just as it was presented to me. Call this pretentious or lazy or whatever, but sometimes a classic record doesn’t need to be thoroughly discussed to be enjoyed. Whatever this album means to me I know for a fact that Blackout! is Method Man & Redman at their best, and when they’re together and at their best they’re unstoppable.

Released in 1999, Blackout! by Method Man & Redman took hip-hop to new heights. This entire album is full of classic tracks such as “Cereal Killer,” “Maaad Crew,” “Dats Dat S**t” and “Cheka” that highlight the production skills of Reggie Noble (aka Redman), Erick Sermon, Gov Mattic and RZA while putting Meth and Red’s dynamic skills as MCs on full display. I will never forget the first time I was introduced to this masterpiece back in high school by my boy G-mess. There are two specific instances, the beginning sequence and a track called “Where We At (Skit),” that changed my relationship with hip-hop forever.

The first thing you hear on the hit record Blackout! is Redman asking, “Do you want to get high, man?” From there, Method Man asks, “Does Pinocchio have wooden balls, man?” The intro, A Special Joint (Intro), develops into a slow, hazy groove that makes you feel like you’re sitting on your roommate’s dingy couch, passing a blunt to the left while at the same time taking a huge hit from your favorite bong. The groove is slow and low (that is the tempo) and if you were impaired it would make your head spin, making your eyelids heavy and droopy. Just as you are becoming one with the hypnotic beat Redman exclaims, “Oh Shit! Where the keys at?!” Then a police siren sounds and tires screech as Meth and Red peel out and the noise of a raucous crowd is heard with an announcer distantly yelling, “Ladies and gentlemen, put your hands together for Method Man and Redman!”

From this epic intro the beat is dropped in the most 1999 kind of way, making the head nod uncontrollable as Mr. Mef and Funk Doc slay the title track with lines such as, “I’m ‘Too Hot for TV,’ rap draw water / My windpipe’s attached to project ballers / you tell: ‘turn the hear down” / My voice, DVD ‘round sound, so I’m heard round town / And chances of y’all leavin? ‘Round now” and, “I spit a .41 revolver on New Year’s Eve / With the mic in my hand I mutilate MCs / The most slept on since Rip Van Wink / My shit stink with every element from A to zinc.” There are those times when an intro bleeds into the next track, perfectly setting it up and this is one of them. I could listen to this sequence all day, everyday.

About halfway through, the intensity of the song “Tear It Off” is offset by the calming sounds of chirping birds and the sound of a docile voice saying, “Hi, my name is Mark, and I’m white. I live in a predominantly white neighborhood and went to a predominantly white college, and I have predominantly all white friends. But at night, when all my white friends are asleep, I bump THIS…” As Redman concludes his spot on impersonation of a white young professional on “Where We At (Skit)”, Doc and Meth take it away with one of the heaviest, most gnarly beats that would get you ready for anything. Beyond that, this skit is an example of the brilliance of Method Man and Redman and why they are some of the best MCs in the business. They are able to shed light on the fact that the majority of hip-hop sales are contributed to white, affluent males wanting to seem “hard” or “gangsta” in a comical, yet humorless manner. The first time I heard this I was blown away at the unbelievable beat along with the inventiveness of how the subject matter was addressed.

Released in 1999, Method Man and Red Man provide insight into complex subject matter with clever lyricism that has to be processed more than once. With funky, head bangin’ production that draws people in and battle-ready lyrics, Blackout! is one of those records that changed hip-hop forever.