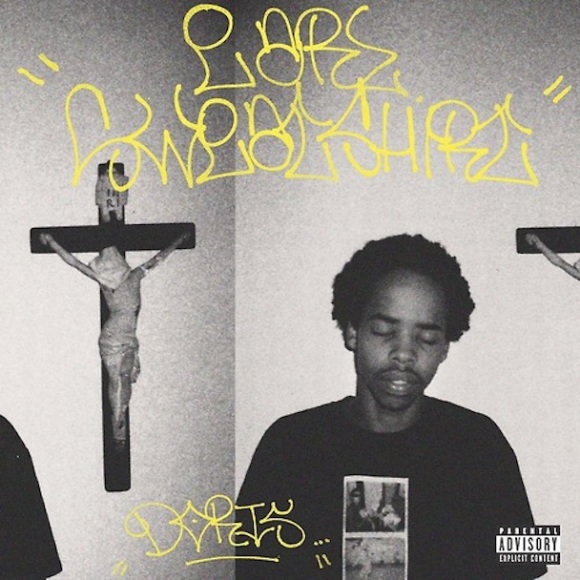 “The miss-adventures of a shit-talker” and “troubled soul” describes Doris perfectly as a narrative record. The second track, “Burgundy” states, “Niggas wanna hear you rap/ Don’t nobody care how you feel,” and that is exactly what was expected of Earl’s debut record by most of the EARL lovers. The demand was for the obscene, derogatory and outlandish lyricism that made him a crowd favorite. But what we got was a real and honest depiction of Thebe’s diary and day-to-day.

He obviously didn’t give into the pressure of his fans to create what was expected of him; he made what was true to him and that is indeed, Doris.

During the skyrocketing success and press of Odd Future, Earl was nowhere to be found. All we had was the juvenile, yet promising and prodigal music he left behind. So when he returned there were a lot of eyes and mouths aimed at him to put out a sequel to EARL.

I feel like he felt a lot of incentive to please everybody but ultimately decided to stop trying to be something he wasn’t anymore and began to make an album that truly reflected him as a person.

I think the featured artists on this record are important because these were people that obviously played a large role in his life after his return home. He felt comfortable enough to let them represent him because they most likely impacted and influenced his life to a certain extent. It wasn’t like he was trying to find the most popular names to be a part of Doris for feature’s sake; these were just the homies. I mean, a lot of the record was recorded in Mac Miller’s home studio and that’s saying a lot.

A main theme of the record, like most hip-hop records, is marijuana. But the way it’s mentioned isn’t as glorified or glamorized as it is in most references with the genre. It reminded me of writers from past generations who coped with the struggles, loneliness and the hardships of reality by turning to substance for medication and companionship.

In the artist’s eye, it is never a damper but more of a creative lubricant that liberates and allows them to see life as it is truly depicted so that they can truly put it in perspective. Maybe that’s just the romantic in me but that leads me to think that Earl is an artist in the true sense of the word and not just a rapper.

But I can’t forget about the production of this record as well as most of the lyrics and tone of the album. These things come across as dark, lost, jaded but somehow content. I can’t help but shake the feeling of Earl as the rap game Earnest Hemingway or Hunter S. Thompson. The nihilistic but optimistic twist in his music serves as a bittersweet concoction that most rappers couldn’t even dream of or even think of—-and he’s only 19.

So, props to Thebe.

Doris might not be the album that everyone wanted or expected but nobody can diss him for being himself and relaying it through his medium of choice, which is music.

The record is an overall unique experience that I myself have never witnessed and I guess that’s what you call art.