Alluring Figures in Hip-Hop: Delving Inside the Mind of Jay Electronica 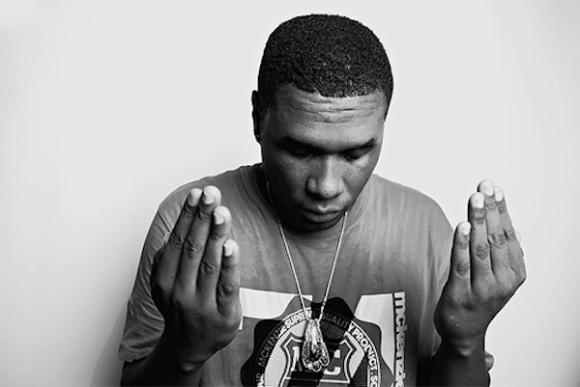 On Tuesday, September 10th, it was announced that Jay Electronica’s much-anticipated debut record, Act II: Patents Of Nobility, was “pretty much done.” Just Blaze, the producer behind the record, went on to say that “the situation is Jay moves at his own pace…He always moved at his own pace.”

Ah yes, that explains us waiting nearly six years for even a sniff of a record.

And yet, none of this comes as a surprise. Unless you’ve been living under a rock, it’s a known fact that Jay Electronica works at his own pace in a unique “do-it-yourself” approach. By providing his own artwork and releasing his own music in weird clumps, Jay has not only claimed the title of hip-hop’s recluse, he’s also secured himself as one of hip-hop’s truly unique characters of all time.

The mysteries surrounding the ultra-talented MC from New Orleans don’t simply stem from one story or event; they ooze from all sorts of crevices that Jay has pieced together to form a habitual wall between him and society. Whether it’s his history with Erykah Badu and their daughter Mars Merkaba, his relationship with Kate Rothschild, the bidding war over his signing and his commitment to Roc Nation or the realization that he only has a handful of officially released songs, Jay’s prowling and stalking throughout the last six years have been more intriguing than annoying.

The first noticeable thing that comes to mind is that Jay has always taken part in a wandering lifestyle. By the end of his teen years, he took flight and traveled to Baltimore, New York City and Philadelphia. Described as being someone who went from venue to venue and stage to stage, Jay started to make noise in Detroit when he met Johnnie Last, who then introduced him to Mike Chav, Mr. Porter and J Dilla.

From here, Jay started to get some buzz. His 15-minute epic “Act 1: Eternal Sunshine (The Pledge)”, a snippet of samples and raps that ran over music from the movie Eternal Sunshine of the Spotless Mind, started circling the web, and the dream-crafted “Dimethyltryptamine” soon made its rounds as well. By 2008, many critics were devoting time and space to feature Jay, and as more people started to take notice, the more his myth grew.

Like a unique enigma-wrapped entity flowing in the wind, Jay has never played into others hands. He’s always done his own thing and he’s always been consistent with his approach to art and life. He’s only released two official singles (“Exhibit A” and “Exhibit C”), and although he’s signed with Jay-Z’s Roc Nation, he hasn’t released anything through the record company.

The main appeal for those who still stand by Jay lies within the mystery of not knowing. Like Detox, the release of Act II: Patents Of Nobility is shrouded in smoke to a point where we will know absolutely nothing until the day it’s released. With that being said, there’s so much we already know about Jay through the music he’s released exclusively on his own.

On “Exhibit C”, Jay is caught testifying his life story. The first few bars exemplify his incredible storytelling and ability to crowd lines with double-meaning.

“When I was sleepin’ on the train, sleepin’ on Meserole
Ave out in the rain without even a single slice of pizza to my name
Too proud to beg for change, mastering the pain
When New York niggas was calling southern rappers lame
But then jacking our slang”

In the first five bars, Jay reveals that he slept on trains and slept in his mind (lacking knowledge). He was poor, which then leads to him throwing in another double-entendre about being “too proud to beg for change”, regarding money and his state of mind. Also, in this first set we see that Jay Electronica most identifies with Brooklyn, yet at the same time holds onto his Southern roots when New York MC’s diss the South.

It’s here where critics and fans viably grasp the knowledge that comes from his music. Throughout “Exhibit C” he tells his story while introducing double-entendre’s, visions, the 5 Percenters, spiritual conquests and packed metaphors.

Perhaps the greatest revelation into the mind of Jay and his reasoning for taking his time falls in his Guru tribute song “Jazzmatazz”. In the first verse, he talks about heading “for Greyhound” to pursue music because that’s what his conscious is telling him to do. He dreams of being on stage “in a suit with a fade” and people throwing him “a parade”. His verse then takes a turn, and the most important lines are carried out.

“But I was trapped in a maze like a lab rat
And at the bottom of the barrel where they keep the crabs at
No Geico, no Aflac, nothing to fall back on
But the streets where niggas cussed out the police and sold they crack on
Better known as back home, where they treat the Arabs and the Spanish and the Blacks wrong
There he go with that song
You may be tired but I spit what I’m inspired
From the Lord of the worlds cause the devil is a liar”

With these bars, Jay immediately calls out the music and business industries for trapping him like a “lab rat” and throwing him at the bottom of the barrel with all of the other artists he compares to crabs. He criticizes businesses for not even providing the simplest of insurance, and reminds us that the only thing that he can fall back on are the streets he grew up on, where racial profiling dominates. He reassures us that even if we’re tired of hearing the same old story regarding inequity, it’s important to him as a person and spiritual being.

Treading along the same lines as “Jazzmatazz” but on a more wild path stands “Dimethyltryptamine”, one of the most intriguing songs about U.S. foreign policy ever. Regarding the events in the Middle East and what’s going on in Syria, “Dimethyltryptamine” might be more astute than it really is, but it’s hard to ignore Jay’s unrelenting fire.

A sample of the first half of his verse tracks Jay’s incredible imagery, but also the underlying truth behind his messages.

“A lady in a night gown puffing kush screaming
Signalled me over, “Psst, you with the waves
I’ve seen you from the Catholic church steeple diggin’ graves
I got your number sonny
So ain’t no use of fighting, yelling or running from me”
“I never ran ma’am”, “Well then you ain’t a clever man Sam”

In this case, the lady is “terrorism” and as she calls over Jay (“you with the waves”), she comments that she’s seen Jay diggin’ graves or quite literally “waking people up” and educating them. “I got your number sonny” refers to 9/11, which then leads to the last two bars. “So ain’t no use of fighting, yelling or running from me” is Jay trying to describe the concept of terrorism and U.S. foreign policy. Since terrorism is an idea, fighting and chasing it will only lead to constant warfare (“ain’t no use of fighting”). Terrorism is also one of those dangers that can happen anywhere (“so ain’t no use running from me”). However, the last line in this segment turns things around and explains how most acts of terrorism against the United States happen because our country has been rumbling around the Middle East for decades. “I never ran ma’am” refers to the United States never backing down, and thus keeping its grip on the Middle East, and terrorism’s response is “well then you ain’t a clever man Sam” where “Sam” is quite literally Uncle Sam and that “running” signifies getting out of the Middle East.

Later on in the song, Jay delves into the markets controlling the government (“blank face villain”), world events being controlled (“evidence was smothered”), the war in Afghanistan and how people like Pat Tillman (“man vs. man”) could have helped out domestically if it weren’t for all of the United States’ foreign problems and the imperial quest of the West to control all oil deposits and markets (“with they mind on Iran, Iraq and Sudan”).

“To give the location of the blank face villain
Who split atoms and give mushrooms to civilians
Hiroshima never recovered and all the evidence was smothered
Under a thick cloud of rubble
The pope is his brother
The hillsides is his mother
That statue with the torch and steel eyes is his lover
She’s a harlot, who stood still like time while New York turned scarlet
And the levee monster sucked up New Orleans
While they was playin’ man vs. man in Afghanistan
With they mind on Iran, Iraq and Sudan
Let him recruit you, he will try to use his powers to seduce you”

It’s quite gripping how much imagery is spread throughout “Dimethyltryptamine”, but this is what Jay Electronica does. He’s educated and spiritual and he reflects this through his music and storytelling. And although there’s so much we don’t know about this mysterious figure, we still have a huge slate of information he’s handed us through his songs.

This is why Jay’s myth and legend are intriguing to a fine point, and why anticipation for his debut record is high. If he can deliver the same way he’s done with some of his self-released songs in the past, he will not only chart a critically acclaimed album, but he will educate more people who were previously unaware of his insightful and deliberate songs. Deemed as one of hip-hop’s more mysterious figures, Jay Electronica the recluse is doing everything right. He’s an entity and at times simply a myth, but he has a plan, and for that we should let him carry it out until we’re all exposed to the overall brilliance of his work.