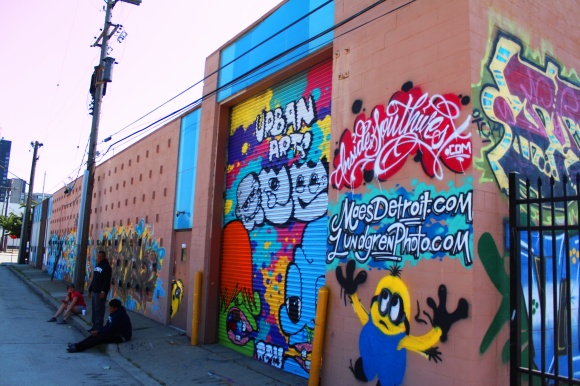 By: Daniel Hodgman, Gus Navarro and Justin Cook
All photos by: Phillip McGuigan

Listen to the interview here:

On Sunday, August 25th, Bonus Cut took a trip to Detroit, Michigan to talk to the people that really matter: the residents. Focusing on the positives coming from the city, instead of the mass-marketed media stories about bankruptcy and despair, we stopped by the Urban Arts Academy, an institution that incorporates hip-hop into learning, self-awareness and violence prevention. We sat down with Sacramento Knoxx, Lex Zavala, Christy Bieber, Isra Daraisch, Antonio Cosme, Row Mendez, Gianni Carazo and Freddie Burse to discuss the program, the city of Detroit and the people that keep the city strong.

Lex Zavala is the creator of the Academy, a program that was started by his mother Angela Reyes.

“We built this for a place for kids to come. In Southwest Detroit we got an 80% dropout rate, and this is a place where kids can come and get that extra support so they won’t slip through those cracks that Detroit Public Schools are getting. We do a lot of prevention based stuff: gang prevention, violence prevention, drug prevention, HIV/STD prevention, tutoring. We also teach music production, video production, graphic design, sub-screen printing, marketing and media literacy stuff.” 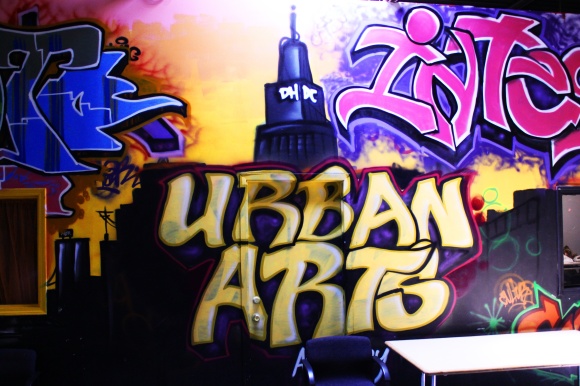 Adding to the fold, Lex reinstates the Academy’s biggest goal. “We try to equip kids with the tools and the support system that you need to survive in a place like this. What it becomes is a second family.”

Along with Lex is Sacramento Knoxx, creator and organizer of The Raiz Up, an organization in Southwest Detroit that uses hip-hop as a tool to create social awareness in the community. He is also an organizer for the Urban Arts Academy, where he helps students with music production and songwriting.

Says Knoxx, “I was making music and things and doing hip-hop, going with it, rocking shows, and then Lex said ‘do you wanna come to the Urban Arts Academy and do some music production’ and I said ‘you bet.’ Another opportunity to make beats so I was like ‘alright whatever’ you know? I never taught it or engaged in it but what I’ve been seeing it do, one of the most critical things about it I see it do, is healing, what it does for people.” 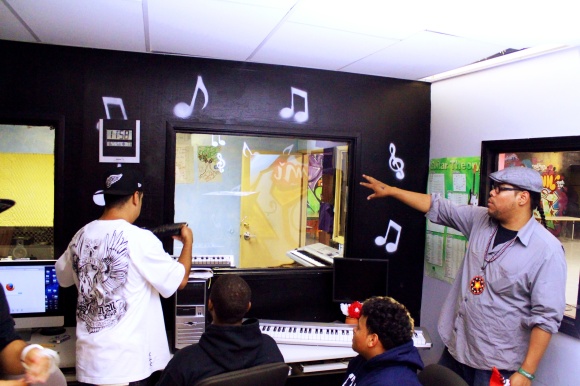 Run by the Detroit Hispanic Development Corporation, a non-profit organization, the Urban Arts Academy not only teaches youth through hip-hop, but it also provides a safe and supportive place for kids and families.

Gianni Carazo, a youth in the program, describes what this all means to him.

“This place right here is like my second home, a home away from home. For most of my associates, friends, people who are close to me, family, it’s a home away from home where we’re all one big family. Basically you can come here and no matter what you’re into, if you like comics, making music, making beats, graffiti, t-shirts, whatever you like, you can do it here, you can be yourself.”

Agreeing with Carazo is Freddie Burse, another student in the Academy.

“I agree with everything [Gianni] was saying about it being a home away from home, but I also view it as a second school, because you come here and you learn real life knowledge that school can’t teach you.”

From one program to another, the Urban Arts Academy flows in unison with other positive programs in Detroit. One such program is The Raiz Up.

“We have dialogues, and we bring out activists and organizers to connect with people,” says Antonio Cosme, Raiz Up member and popular graf artist in Detroit. “We also put out concerts, we try to put out music on different issues.” 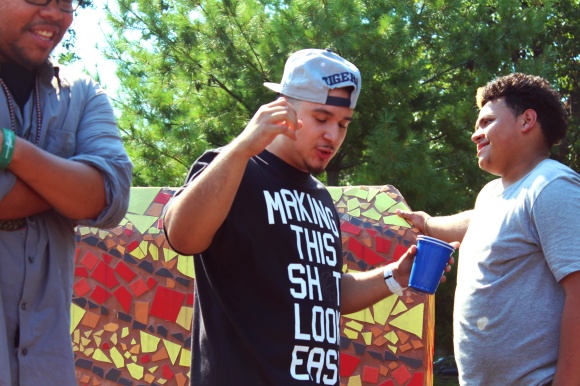 Knoxx, Row and Gianni in a cypher.

Programs like the Academy and The Raiz Up have pushed for social justice and change, and they have supplied a voice for those living in the city. Pushing projects regarding the Delray area, government corruption, media bias and school systems, these programs represent community power and strength. Says Cosme, “Detroit is a real good example of where America is. I think that’s why a lot of people like to focus on it: the decline of industrialism, jobs getting shipped abroad, manufacturing getting sent out. But it’s also the story of race in America as well. Quote on quote de-facto segregation, which was nothing de-facto about it. It was government policies that forced black people to move into areas that white people were fleeing from. You see it so sharp in Detroit, in this colorblind society where you’re not supposed to talk about race and it’s so evident in the language that you see around the city everywhere, and the way people describe the city everywhere. It’s very reflective of the same way people would describe black people, it’s like code switching.”

With the Urban Arts Academy going steady for 10 years and The Raiz Up making progress being intact for more than a year, these two programs are just an example of how strong, insightful and artistic Detroit truly is. Forget the one-sided spin every media outlet puts on Detroit, because they’re all the same and they all focus through a corrupt lens. The real story behind Detroit lies with the people and programs that make up the city itself, and more importantly, keep it going for future generations.

Listen to the podcast and interview above.

Below you can listen to Sacramento Knoxx, Lex Zavala, Gianni Carazo and Freddie Burse spit some knowledge during our visit!

Click here to watch the trailer for WastedTalent, an upcoming project by Row Mendez. Click here for his bandcamp.

For more information on The Urban Arts Academy, click here.

For more information on The Raiz Up, check out their Facebook page!

Below are more pictures taken by Phillip McGuigan. 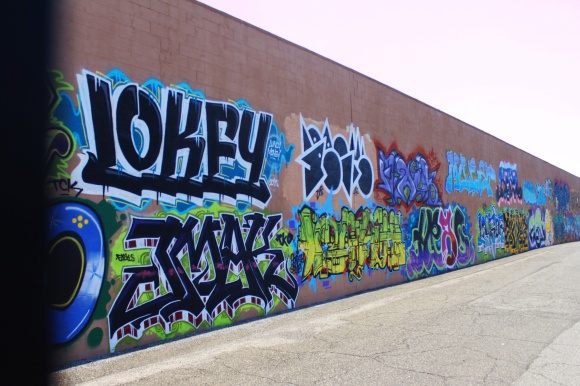 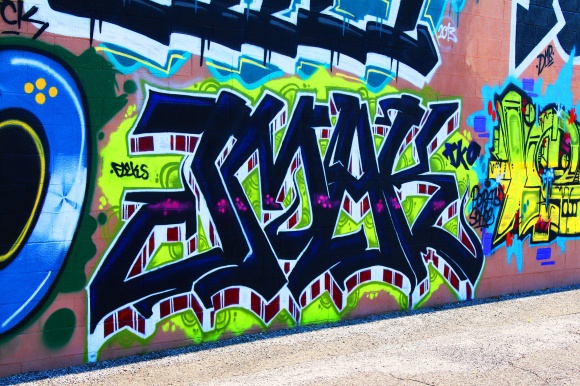 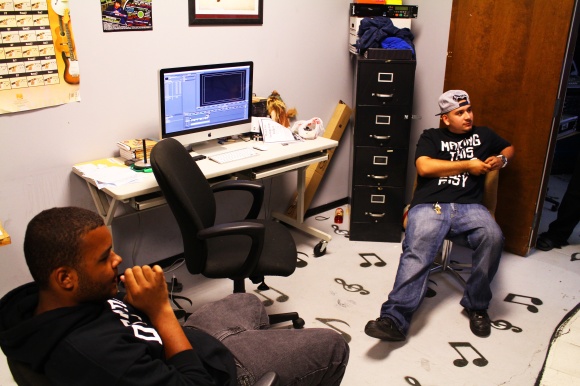 Freddie and Row in one of the production rooms. 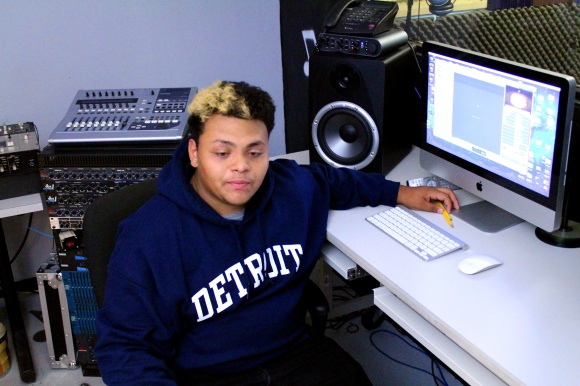 Gianni in one of the production rooms. 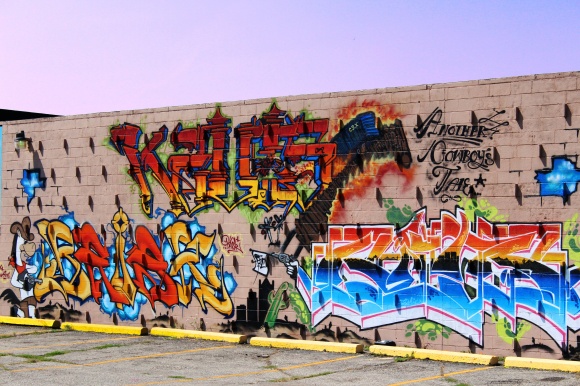 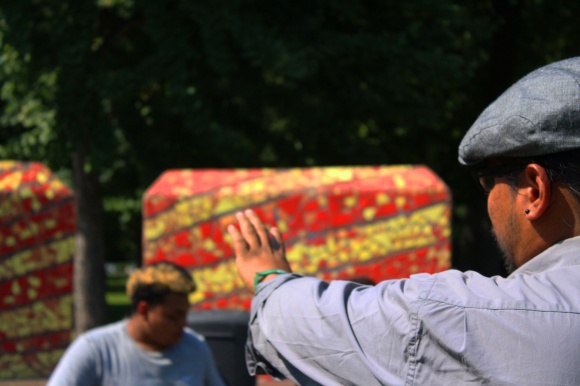 Gianni and Knoxx at Clark Park 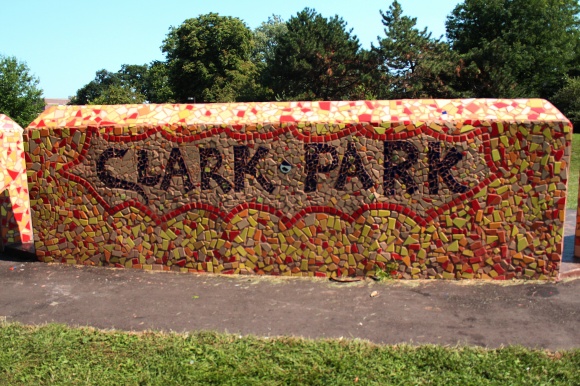 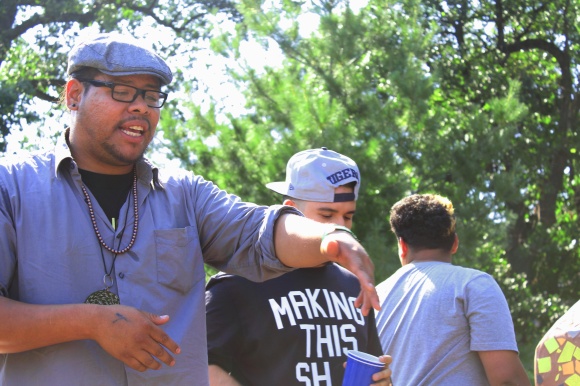 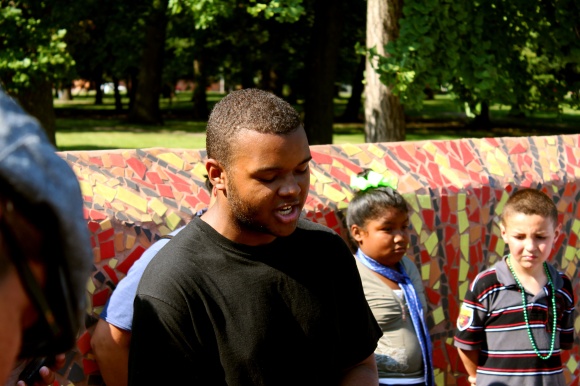 3 thoughts on “A Bonus Cut Feature: An Interview With Detroit’s Urban Arts Academy”

Leave a Reply to A Trip Down to Detroit and the Urban Arts Academy: Our Reflections | Bonus Cut Cancel reply