A Bonus Cut Feature: An Interview With Dessa 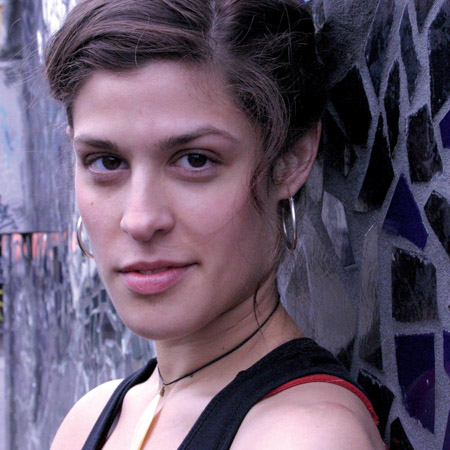 It was exciting when Dan told me that we might have a shot at interviewing Dessa. From Minneapolis, Minnesota, Dessa’s impact on hip-hop, literature and education has been a big one. Through her work with Doomtree and other projects, she has touched so many. Naturally, I was looking forward to getting to hear her thoughts. Ann Arbor, Michigan was one of the places on her “Parts of Speech” tour and she was going to be making a stop over at the Impact 89FM studio, Michigan State’s student radio station. The original plan was that I would interview her following an in-studio performance. However, due to time constraints this did not happen because the band had to get down to Ann Arbor for the show. Initially, I was bummed. However, when one door closes, another opens. Despite missing out on the chance to talk in person, it was decided that we could do a phone interview. I was also put on the guest list for the show in Ann Arbor (Thank you Mars!). At the show she mingled with fans before the performance, with each encounter being seemingly genuine. On stage, she interacted with the crowd, bringing them into the show. It felt as though we weren’t just there to watch musicians on stage, instead it felt like we were part of the performance. At one point, she said to the crowd, “You are the record label.” What she meant was that with the decision we make to pay for records, we keep independent artists afloat. As someone that chooses not to download music illegally, it was refreshing to hear an artist acknowledging the role that fans play in supporting musicians. On stage, it never felt that she or the band were working too hard or not hard enough. They were in the pocket, playing well and feeding off each other’s energy. A perfect way to spend a Sunday night. After the show, i introduced myself. As we talked about the show and setting up a phone interview, her approachable and humble personality was the same as it had been on stage. There is an edge to Dessa that manifests itself within her sense of humor, intelligence and beauty. It was an honor to talk with her in person and on the phone because of her honesty, insight and dedication to her craft.

(This interview was done over the phone on September, 15th at the Impact 89FM Studio. We would like to say thank you to the Impact for allowing us to use their space…)

Bonus Cut: When you hear the words “hip-hop”, what does that mean to you?

Dessa: I think it’s too large to draw a singular impression. When you think of the United States, you could think of New Orleans, you could think of Des Moines, and the cultural space between those two is too broad to have a single impression. Hip-hop does some incredible stuff. Hip-hop models sometimes in general encourages healthy behaviors, it’s a big arena. To be honest I just feel really grateful to the people who’ve supported us, who aren’t looking for a heck of a lot in return for it. If your point is that hip-hop can bring people together, I think you’re absolutely true and music can, hopefully. I think music is in large part about communion.

Bonus Cut: With hip-hop you have the experience of writing and communicating through music and words. How is your approach to writing? What has influenced you with how you approach songwriting and music making?

Dessa: When I write a new record I try to not listen to anybody who could influence me, not because I imagine that I’m free of influence, but because I know it’s just so easy to have your work informed by someone else’s. I don’t listen to too much music that is similar to the music that I’m writing for fear that I’ll borrow ideas. if you’re asking about prosaic writers, I really like the genre called creative non-fiction. Some of my favorite writers in that genre are David Foster Wallace and David Sedaris and Dave Eggers and David Raycroft. I really like everybody who’s name is David.

Bonus Cut: How has their writing style and their approach to writing influenced you, even outside the world of music?

Dessa: David Foster Wallace writes really smart stuff, so much so that sometimes people I think tire up a little bit thinking it’s sort of intellectually masturbatory, but he seems to be proving that you don’t need to dumb it down or you don’t have to find some lowest common denominator to make successful and commercially successful works. I like that. He uses calculus in some of his fictions, you know? I think he just trusts people. If you don’t understand every point, well it’s like life, you’ll understand the stuff around it, and by context you’ll be able to carry on, or if you’re really interested in it, I mean, you’ve got phones, look it up. So, that’s what I pick from him, it’s that it’s not necessary to continually imagine that your readers are less curious or less smart than you are.

Dessa: I’ve always been really disinterested in regional writing. If I grew up in Philly, I’m sure I’d be a different writer, but I guess I’m not sure exactly how. Like, I’ve never been a fan of regional writing. That said, I have been a-fitted by the fact that I grew up in Minneapolis. It had the model of the independence and the entrepreneurialism of Rhymesayers Entertainment, which if nothing else, was proof of concept. It indicated that it could work independently. I guess I’ve always liked the idea of writing a little bit more universally, rather than tethering stories to a place.

Bonus Cut: How have you seen hip-hop evolve and change? Specifically, with your experience as a female artist within the genre?

Dessa: I think I don’t know. I’m much more a practitioner than a theorist so I think for the most part I’ve sort of kept my head down and tried to focus on how to make Doomtree and my records the best that I could, and I haven’t sweated the trajectory of other artists too hard. Maybe if only for the simple sake that I can’t really affect them, you know? Instead, it may change where change was make-able for me, and that meant writing the best lyrics that I could and playing my role in Doomtree records to try to make our contribution resonate, trying to figure out how to get a distribution, trying to play strong and impassioned live shows. I could probably speak a little bit more competently on how business has changed, but if it’s actually aesthetic I think aesthetically I really just focus on my own lane. In part because I figure paying so much attention to the aesthetics of other artists might mess up any little bit of individualism that I’m unaware of. I’m most interested in honest self-expressive well-crafted stuff, and I don’t know that I need to keep tabs on too many underground hip-hop websites to figure out how to do that well.

Bonus Cut: With that, how has the business changed?

Dessa: The transition from a record buying culture to a culture that does not buy records is a challenge for any label in respect of the genre in which you’re working. For Doomtree it’s prompted us to be really transparent about money. We understand that people decide whether or not they purchase the records that they own. They download them illegally or they buy them. For us, I think we’ve just done our best to explain that for every record that you buy from Doomtree, some of that money goes to paying the artists that made that record, and some of that money goes to investing in the next artist who is making a record now. It’s really clear where the cash goes, and the cash goes to making music. We hope that an appeal that which is frank will be effective, and so far I think a lot of our listeners have been game to engage in that way. Even some people who already have the record, ‘I already have it at home, but I’m going to buy it because I understand that this ten dollars helps support the next release from Sims or the next release from Mike [Mictlan] or Cecil.’