Album of the Week: “Black on Both Sides” by Yasiin Bey (FKA Mos Def) 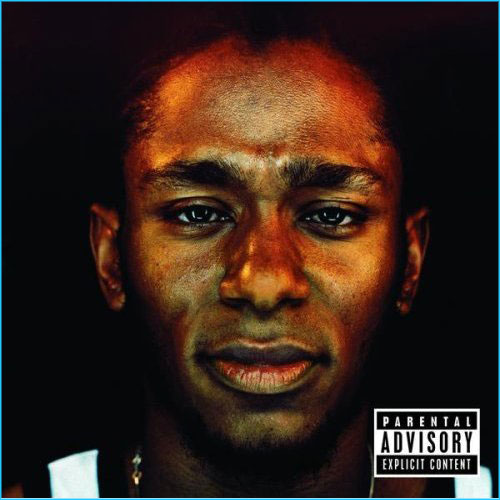 I must get this out of the way right now: Dante Terrell Smith, aka Yasiin Bey, fka Yasiin Bey, is an undeniable genius. He’s not just a hip-hop genius mind you; he’s a genius, period.

As a social and political activist, Yasiin Bey has fought hard to reveal the truth from a left-wing perspective. Back in 2005 he wrote “Katrina Clap,” a song that criticized the Bush administration and their handling of Hurricane Katrina and New Orleans. He later performed this song in front of Radio Music Hall and was arrested, even though he had a public performance permission document. This past July, he was in a short film that depicted the force-feeding methods at Guantanamo Bay camps, and the physical and psychological pain that ensues during the process. He is also a man who fights against the oppression towards African-Americans socially and politically both in and outside of his music.

His music career started off in the most fitting way. His record with Talib Kweli, Black Star, was one of the most important hip-hop albums of the 90s, with themes that reinforced the culture’s roots of resistance and knowledge. It was consciously constructed to support the structure of hip-hop, and quite mightily, it set the bar high for politically fused conscious backpack hip-hop. A year after, Bey’s debut solo record was released.

Black on Both Sides takes what Black Star started and pushes Yasiin Bey’s premise more. It’s every bit as structured, complex and beautiful as Black Star, but by turning the spotlight solely on Bey, the beats, rhymes and living of this record cultivates strictly from his restoration. Bey takes production from many of hip-hop’s finest and sprinkles rhythmic history and consciousness over toe-tapping rhyming and flow.

A lot of what makes Black on Both Sides is Bey’s ability to inform the listener. “Mathematics” unravels the truth behind America’s prison pipeline, and focuses on how it just doesn’t add up; “Rock ‘N’ Roll” focuses on America’s appropriation of black innovations in music; “New World Water” shines a light on how politics is in every system where a select few control “the population”; and “Mr. Nigga” explains how racism has been constructed into a variation of words and ways to hide the hate (for example: calling Seattle Seahawks Richard Sherman a “thug”). Black on Both Sides makes us think about the things that don’t surface, and it also makes us look at ourselves, as the music flows in and out urging us to search for the truth.

With these conscious song topics, Bey’s crafty writing stings with truth and creativity, conjuring up a concrete flow with room to experiment. And when he doesn’t feel like slinging bars he shows off his vocal range on songs like “Umi Says” and “Climb.”

Black on Both Sides is more of an album you need to actually listen to and feel rather than something we can tell you in a review. It’s a rare piece, in that the listening experience really is an experience. Taking what Black Star did a year earlier, Black on Both Sides is a politically fused hip-hop record that will stand with the greats for years to come.

In 1999, Yasiin Bey (FKA Mos Def) released his debut solo effort, Black on Both Sides. This was a highly anticipated record because it followed up the 1998 classic, Black Star, in which Yasiin and Talib Kweli established themselves as two of the best, most politically conscious MCs of the late 90s. With the 21st century looming on the horizon, Yasiin put out a record that discusses the importance of home, white appropriation, racial profiling and the status of hip-hop itself. This would further set the tone for Bey’s reputation as a politically driven MC. The best part of Black on Both Sides is that it’s a gift that keeps giving. It’s that movie you’ve seen a bunch of times but that you still learn something new every time you watch it.

On the opening track, “Fear Not Of Man,” Bey talks about the current status of hip-hop, ideas that are still relevant today. Over a Fela inspired Afro-Funk groove complete with agogos, hand drums, horns and walking bassline Bey says, “We are hip-hop. Me, you, everybody. We are hip-hop so hip-hop is going where we going. The next time you ask yourself where hip-hop is going, ask yourself, ‘Where am I going?’” From the start, Bey challenges us to think about ourselves and the role we play in creating culture. In this case, that culture is specifically hip-hop and its music.

The brilliance of this is that Black on Both Sides was made over ten years ago but this idea still holds true and will continue to do so. As he says: “If the people are smoked out. Hip-hop is going to be smoked out.” This is all from the first track, before he has rapped a single line. Already this record is packed full of important content. With 17 tracks complete with production from DJ Premier, 88-Keys, Ayatollah, Diamond D and guest appearances by Talib Kweli, Busta Rhymes and Q-Tip, Black on Both Sides challenges what may be considered status quo in hip-hop and society as whole. He does this by giving us an audio tour of where he is from.

Yasiin Bey is from Brooklyn and he is proud of it, as one should be of the place they call home. With “Brooklyn” and “Habitat” he paints a picture of what growing up in the famed borough of New York was like. He uses broad lyrical strokes to create this image, making it tangible. A true lyricist at work. As he says on “Habitat”:

“When I think of home, my remembrance of my beginning/ Laundromat helping ma dukes fold the bed linen/ Chillin in front my building with my brother and them/ Spending nights in Bushwick with my cousins and them/ Wise town and Beat Street, federal relief/ Slowly melting in the morning grits we used to eat.”

He goes on to explain in the chorus, “it ain’t where ya from, it’s where ya at.” This simple statement is unbelievably powerful as it allows us to digest his experiences while simultaneously thinking about our own.

Bey takes us to another level of reflection on “Rock N’ Roll.” To put it simply, this track is controversial to those that grew up idolizing the likes of Elvis Presley and The Rolling Stones. Bey expertly calls out the white appropriation of black rock n’ roll artists of the 40s, 50s and 60s. Where do you think Presley, The Stones and Beach Boys got their influences? Look to black rock legends such as Muddy Waters, Chuck Berry, Little Water and Albert King for starters. Bey convincingly makes the argument that rock music was stolen from it’s black originators. “Elvis Presley ain’t got no soul/ Little Richard is rock n’ roll.”

On the DJ Premier produced “Mathematics,” the power of language is on full display as Bey describes urban life in the United States. As he displays through his unreal lyricism, the oppression felt by urban communities has been dealt by racist politicians. It all adds up if you do the math.

“Young soldiers trying to earn their next stripe/ When the average minimum wage is $5.15/ You best believe you’ve got to find a new grind to get C.R.E.A.M/ The white unemployment rate? It’s nearly more than triple for black/ Some frontliners got their gun in your back/ Bubblin crack, jewel theft and robbery to combat poverty”

Music can serve as a catalyst for a discussion about race, politics, money and the way these things play into the structure of society. With that, it can spark conversations about where people are from and what they think. In 1999, Yasiin Bey released a hip-hop album that does just that. On Black on Both Sides, Bey challenges values and norms that we associate with culture in the United States. This is important as it encourages listeners to dig deeper and process his music in a much more critical way. Black on Both Sides will take you on a journey and drop you off at a better place.