A Bonus Cut Feature: An Interview With Ozay Moore 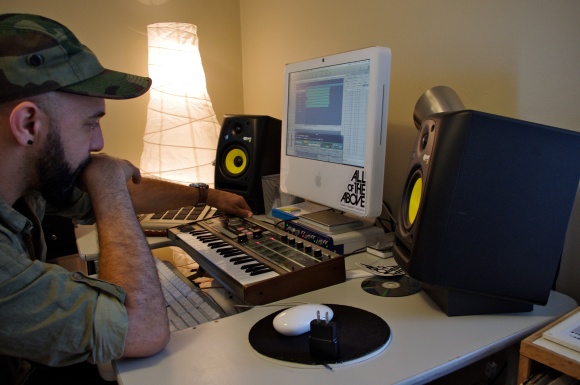 On May 26th, Ozay Moore dropped Taking L’s, his first record in more than five years. Released via Mello Orange Music and produced entirely by 14KT, L’s has that classic hip-hop feel but also achieves a whole new level of depth and honesty. The record is driven by the idea that not every “L” or loss you take in life is negative. As Ozay explains, “Not every L is a bad L to take. For instance, you might take a loss and come to find out that it ended up being the best thing for your situation at the time.” As that concept propels the album forward, the genius of Ozay is in the way he combines the hard-hitting elements of hip-hop with reflections on his life and how the world has changed since he first became a rapper.

There is the B-boy joint, “Bang,” that hits hard with the assistance of KT’s thumping kick drums and on point hand claps. “The Fix” is about substance abuse and the twisted web that a dependence on drugs can create. The seventh track, “Pillow Thoughts,” finds Ozay at a level of reflection and vulnerability that can be rare for the often braggadocious mentality of hip-hop. The power of “Pillow Thoughts” is the feeling that Ozay and KT are able to create. In one well soft-spoken and insightful verse, Ozay talks about his family, being there for his kids and the grind of working a 9-5 job. “Record Store Day” pays homage to physically purchasing music from a store after a solid day of crate digging and touches on how the digital age has impacted music consumption and the changing business of independently owned record stores. As he lays it down, “Am I the last in the world without an Ipod?/ I guess I gotta get with it but the times change quicker than the pace I’m used to keepin’/ Man, I still enjoy diggin’/ Sparkin’ conversations at the mom and pop shops about releases.”

What becomes clear is that Taking L’s is a reflection on the complexities of life. There are times of elation and warmth that have to be balanced with the inevitable moments of pain and sorrow. Ozay reminds us of the power of vulnerability and that when one door closes, another opens somewhere else. With all of the self-absorbed music being made these days, Taking L’s removes the glitz and glam that is often exaggerated in popular music. Instead he shares insights and tells stories about love, family, supporting local music and the how society has changed in a way that is as relatable as it is insightful. There is no doubt that Taking L’s is a welcome and long-awaited addition to the musical archives of hip-hop culture.

On May 26th, the incredibly honest and personal MC Ozay Moore (fka Othello) released the album Taking L’s. Produced entirely by 14KT, Taking L’s is an in-depth look into life, where Ozay explains that not all L’s are bad, and that sometimes they’re the best thing that can happen to you given the circumstance. With songs about introspection, love, heartache, growing up, substance abuse, wins and losses, Taking L’s is a ride through hip-hop with depth that keeps on unraveling and truth that seeps through the speakers.

Here, Gus and Dan break down the album track-by-track.

Be sure to peep and buy the album either digitally or June 9th during the official label release. Click here to purchase the album!

END_OF_DOCUMENT_TOKEN_TO_BE_REPLACED

Mass Murder America: Introspection on a Culture of Violence

I’m sure you all have heard: on May 23, 2014, 22-year-old Elliot Rodger killed seven people, including himself, and injured thirteen more. The attacks occurred near the campus of University of California Santa Barbara, and resulted in four different crime scenes. He began by stabbing his male roommates, shooting three women outside a sorority, then preceded to drive around town, firing at random pedestrians. Rodger’s motives were clearly articulated in his now widely circulated manifesto, My Twisted World: The Story of Elliot Rodger. This manifesto documents his history of disturbed thinking, on matters such as sex, women, identity, money, power and self-worth, and reads as a chilling narrative of our deeply disturbed culture.

Misogyny plays a large role in Rodger’s disturbed worldview; this killing spree is an extreme manifestation of what happens daily to women in America. Violence against women is not a myth. Violence against women is not part of some “liberal agenda.” Violence against women is something we can no longer ignore—it is a reality faced by over half this country’s population that is leading to the degradation of our culture. We can no longer live in a world where our mothers, sisters, and daughters walk the street, plagued with fear, unsure if danger lurks around the corner. Women are the givers of life and should be respected accordingly, not reduced to oversexualized images of flesh that men are “entitled” to.

END_OF_DOCUMENT_TOKEN_TO_BE_REPLACED

Album of the Week: “Timeless” by Sergio Mendes 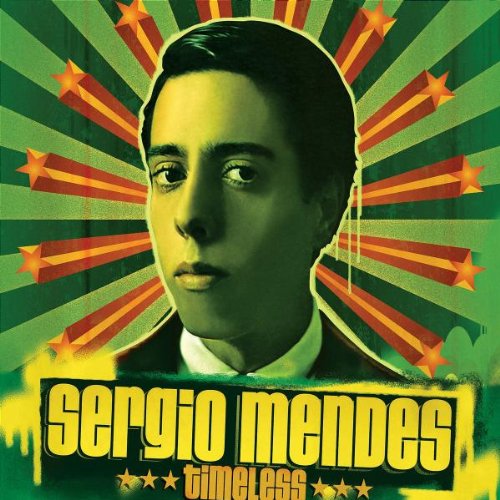 END_OF_DOCUMENT_TOKEN_TO_BE_REPLACED

“528HZ…” is an attention-grabbing song that ensnares you at numerous points. From XXYYXX’s low-buzzing melodies that swirl into beautiful waves of artistic vibes to Row’s dominating presence behind the mic to Yvelle’s free-flowing singing, “528HZ…” is a wonderful work of music on all sides that truly represents the strength behind Southwest Detroit’s culture. “Fuck the system I see these Donald Sterling’s lurking,” Row spits. “Searching every way to keep our voices from merging.”

instagram: @Knockzarelli
Knockzarelli is an emcee from Southwest Detroit, with a multidisciplinary artistic vision, this hybrid culture creator spreads messages of love, resistance, and knowledge that promote creation & healing. And with this piece he inspires us to dodge the lies and wanted to remind us of our true divine beauty we all have within ourselves. Catch him at www.sKnoxx.com #RAIZup
Row Mendez
Row is an up and coming artist, emcee, & culture creator from Southwest Detroit. His artistic imprint to the universe leaves strong leadership for the youth, and assures that our ambition will carry us through our struggles. follow up: www.rowmendez.bandcamp.com

Nora Yvelle
Nora is a vocal artist, community activist, and culture creator she plans on singing your ears into a trance, a place of peace, and understanding. “This track personifies the visions of youth in the community bringing awareness and striving for change and showing a beautiful way. Music is a way of healing through the ears.” Nora is from Hitsville, Detroit, Michigan.
contact: Norasingz@Yahoo.com

When Jahshua Smith (FKA JYoung The General) is on stage, he commands it. He makes you listen to his words and what he has to say. When he’s in front of an audience, he doesn’t hold back and you can tell that he’s doing something that he loves. As an audience member, it becomes impossible not to move your feet, throw your hands up in the air and nod to the beat. After seeing how polarizing and energetic he is on stage, you might assume he would be the same way off it. However, when you sit down and talk with Jahshua, he is one of the more quiet and retrospective artists we have spoken with. As one of the founding members of the BLAT! Pack, Jahshua Smith uses hip-hop as a worldview and applies it to the work he does within African-American history, teaching literacy skills to youth and the music he makes.

We held the interview at the Record Lounge, an independently owned record store on Division Street in East Lansing, Michigan. The store is exactly how you want a record store to be: there are crates of vinyl everywhere, and hidden gems lurk within the stacks as posters, stickers and flyers are plastered on every corner of the space. It’s the kind of place that you could spend hours on end. Having grown up in Detroit, Jahshua eventually left for the Lansing area to attend Michigan State University. He chose the Record lounge for the interview because as a student, it was a place he went to discover new sounds and hangout with friends.

We cannot thank Jahshua enough for his interest in sitting down with us and we look forward to our next encounter.

Many thanks to Heather Frarey, the owner of the Record Lounge, for allowing us to do the interview in her place of business.

Pushing the Tracks: “May 14th Transformations” by Sacramento Knoxx 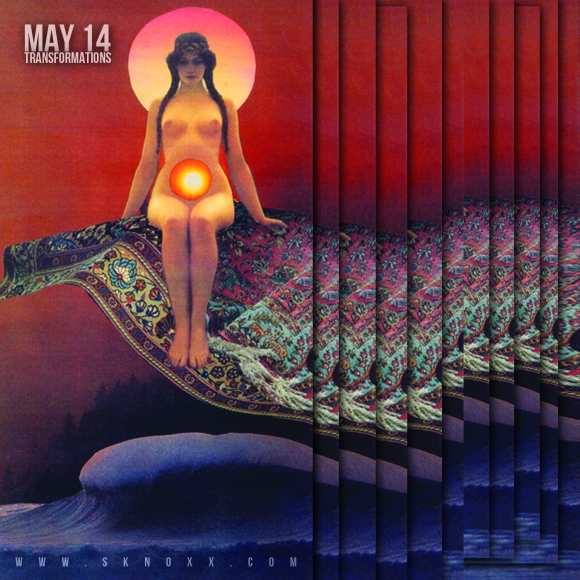 When you think Detroit hip-hop, one of the biggest names that should never be forgotten is Sacramento Knoxx. As an activist, educator, producer, filmmaker, picture artist and musician, Knoxx is an individual that’s everywhere in the game. When he’s not teaching the youth or building his community, he’s working tirelessly in the studio, polishing off songs left and right.

As a producer, Knoxx is a mastermind. T. Love from Okayplayer called him a “mad scientist,” and to refute that claim would be stupid. Knoxx’s production is lush, with sounds hitting you on all sides. The construction of each track is carefully worked into a perfective state, and when certain tracks hit, they hit. His magnum opus, Rise of The Turtle, brilliantly showcases the work, detail and imagery Knoxx puts into his songs, and how creative he can get with the absence of lyrics.

“May 14th Transformations” is Knoxx’s newest cut. Having been released today (on his birthday no less!), “May 14th” is a spiritual ride into the hip-hop tao. It’s a commanding beat, while at the same time keeping everything calm and cool. The sampling is perfectly placed, with stuttering, bangs and a gliding melody. “Give a little back,” the sampled melody professes, and if you could find a silver lining it would probably be that, because Knoxx once again gives back and supplies it all. 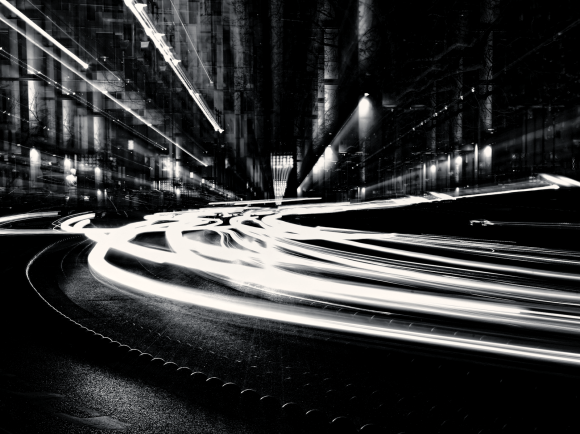 This is Bonus Cut Poetry, a series that features original poems by Bonus Cut staff, artists and YOU! In this series, our mission is to bring people together in poetry, share stories and display wonderful artistic pieces. If you would like to have your poems in the next Bonus Cut Poetry installment, just email us at bonuscut@gmail.com