Album of the Week: “Masters of the Universe” by Binary Star 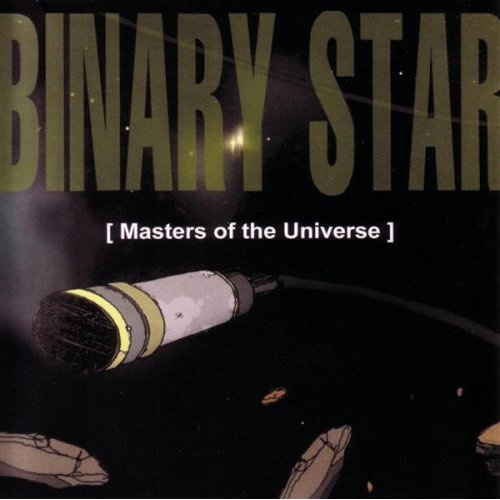 The two MCs from Pontiac, Michigan met each other in 1993, and what soon became a unique and undeniable bond, soon transitioned into quite the backstory.

Caught robbing a local pizza restaurant in ‘94, the two were sent to separate prisons for three to twenty years. In 1998, when One Be Lo was transferred to the same prison as Senim Silla (Hiawatha Correctional Facility), the two got their minds together and melded ideas to form Binary Star once they got out.

Most of what makes Masters of the Universe pleasing is its relentless punchlines, vast lyrical depth and succinct production as an underground hit. As witty MCs with routine slams, One Be Lo and Senim Silla use most of this album to display their lyrical prowess. On “Reality Check” One Be Lo tells us: “I want a fortune, I wanna make music and hit the lottery/ Fortunately, my music is never watery/ That’s how it’s gotta be as far as I can see/ Maybe you should grab a telescope to see my view, it’s like astronomy/ It ain’t all about economy/ So the fact that all these wack emcees is making G’s don’t bother me.”

Other cuts like “Conquistadors,” “Slang Blade” and “Binary Shuffle” help to reinforce the battle rap mentality, as both MCs slash through any competition they face. But on tracks like “Evolution of Man” and “I Know Why the Caged Bird Sings” the two delve into more serious subject matter.

“Evolution of Man” mixes spoken word with rapping and samples Common’s “I Used to Love H.E.R.” The song’s content revolves around love (think Dead Prez’s “Mind Sex”) and the mental attraction that goes along with the physical. “It’s like beyond physical attraction/ Your explosive personality blows my mentality.”

On “I Know Why the Caged Bird Sings (Part 1 & 2),” One Be Lo and Senim Silla each take their own cut to explain their stories from prison. Hidden beneath the storyboard aspect of each song is a more overall theme about the judicial and prison system. “My life hanging on a verdict,” Silla recounts on “Part 1,” “and laws I’m unable to interpret.”

Masters of the Universe is many things. For one, it’s an aggressive mix of raw underground hip-hop and self-conscious lyricism. One Be Lo and Senim Silla display ferocity whether they’re slamming “wack MCs” or getting serious with stories about prison or love. The production holds its own as well, supplying the necessary backdrop for talented lyricists to perform their craft without sounding too lo-fi. Not many can hold their own lyrically against Binary Star, and Masters of the Universe is the biggest example of that.