A Bonus Cut Feature: An Interview With Ozay Moore

On May 26th, Ozay Moore dropped Taking L’s, his first record in more than five years. Released via Mello Orange Music and produced entirely by 14KT, L’s has that classic hip-hop feel but also achieves a whole new level of depth and honesty. The record is driven by the idea that not every “L” or loss you take in life is negative. As Ozay explains, “Not every L is a bad L to take. For instance, you might take a loss and come to find out that it ended up being the best thing for your situation at the time.” As that concept propels the album forward, the genius of Ozay is in the way he combines the hard-hitting elements of hip-hop with reflections on his life and how the world has changed since he first became a rapper.

There is the B-boy joint, “Bang,” that hits hard with the assistance of KT’s thumping kick drums and on point hand claps. “The Fix” is about substance abuse and the twisted web that a dependence on drugs can create. The seventh track, “Pillow Thoughts,” finds Ozay at a level of reflection and vulnerability that can be rare for the often braggadocious mentality of hip-hop. The power of “Pillow Thoughts” is the feeling that Ozay and KT are able to create. In one well soft-spoken and insightful verse, Ozay talks about his family, being there for his kids and the grind of working a 9-5 job. “Record Store Day” pays homage to physically purchasing music from a store after a solid day of crate digging and touches on how the digital age has impacted music consumption and the changing business of independently owned record stores. As he lays it down, “Am I the last in the world without an Ipod?/ I guess I gotta get with it but the times change quicker than the pace I’m used to keepin’/ Man, I still enjoy diggin’/ Sparkin’ conversations at the mom and pop shops about releases.”

What becomes clear is that Taking L’s is a reflection on the complexities of life. There are times of elation and warmth that have to be balanced with the inevitable moments of pain and sorrow. Ozay reminds us of the power of vulnerability and that when one door closes, another opens somewhere else. With all of the self-absorbed music being made these days, Taking L’s removes the glitz and glam that is often exaggerated in popular music. Instead he shares insights and tells stories about love, family, supporting local music and the how society has changed in a way that is as relatable as it is insightful. There is no doubt that Taking L’s is a welcome and long-awaited addition to the musical archives of hip-hop culture. 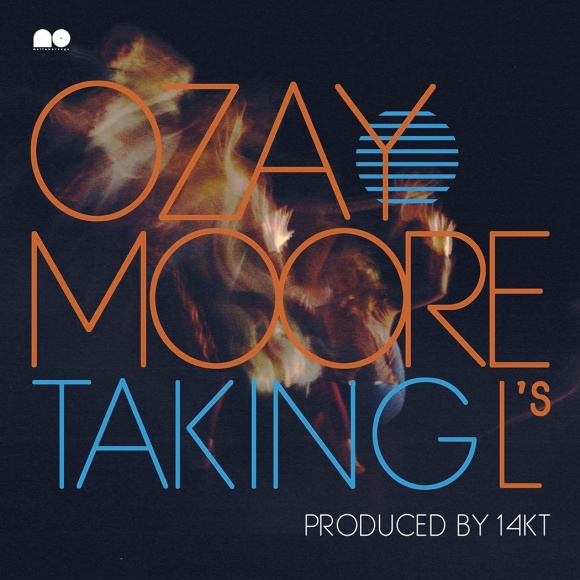