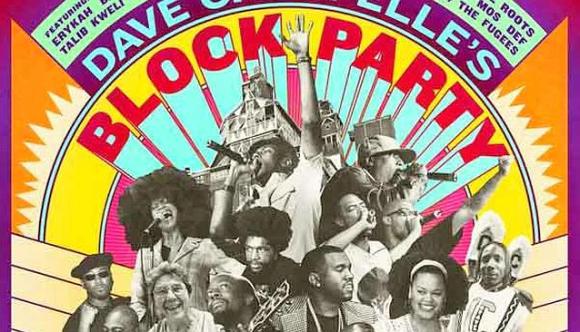 Starting on June 18th and running through the 26th, Dave Chappelle will be performing in New York City for the first time since 2004. Over the course of eight days, Chappelle will be at Radio City Music Hall, reminding audiences why he is one of the great comedians of our time. While the first five nights will not soon be forgotten, the last three will be monumental. On the 24th, the program includes a performance by the Legendary Roots Crew. The following night, Chappelle will be joined by Busta Rhymes, DJ Premier and Janelle Monae. Finally, the one and only Erykah Badu will grace the stage as Chappelle’s return to NYC comes to a close. With these last three nights, the goal is to bring back the magic that occurred ten years ago.

In 2004, Chappelle set up and hosted an all-day concert in Brooklyn with some of the the most respected and explosive musicians in the business back then and currently. To name a few, Kanye West, The Fugees, Dead Prez, John Legend, Yasiin Bey, Talib Kweli, Common, Erykah Badu and The Roots were all there sharing the stage. The footage of that day was eventually released in 2005 as Block Party, a feature length documentary film written by Dave Chappelle and directed by Michel Gondry. Dedicated to the memory of J Dilla, Block Party gives us a glimpse into a day of hip-hop that was full of dope artists, great music, a loving crowd and an amazing concert. Whether you enjoy or dislike the comedy of Dave Chappelle, the man knows his music and how to bring artists together. In anticipation of his run at Radio City Music Hall, we take a look back at ten of our favorite hip-hop moments from his show on Comedy Central and from Block Party.

We apologize for the picture on some of these clips as most of them are over ten years old.

This clip is loaded. It includes a discussion between Questlove and Chappelle about the challenges of being known for a particular act and the difficulty of breaking away and doing something artistically different for your repertoire. We see footage of the Roots rehearsing and performing their hard-hitting track from 2004’s The Tipping Point, “Boom,” and introductions from each band member. Finally, this clip captures a unique moment in Roots history. On “Boom,” Black Thought imitates the flow of Big Daddy Kane and Kool G. Rap, two of his influences. At the performance, Kane and Kool G join them on stage. -Gus

The Roots, Jill Scott, Erykah Badu “You Got Me”

This segment is footage from the performance of “You Got Me,” The Roots’ track from Things Fall Apart-an album that earned them a Grammy in 1999. The clip begins with a hypnotic groove laid down by Questlove, Frank Knuckles, Leonard Hubbard and Captain Kirk individually shredding on their respective instruments. Enter Jill Scott, one of the original composers of this song, as she adds her beautifully booming voice to the mix. Every now and again the camera shifts, and we see Erykah Badu standing off to the side of the stage, looking more hype and ready than Lebron during game seven.  Next comes Black Thought, doing what he does best. At the end of Thought’s verse, Quest pounds the snare on beat one, there are three more beats of rest, Badu steps up and begins to sing the chorus as she does on the original version of the track. It doesn’t get much better. -Gus

The start of the clip ends with the conclusion of the aforementioned jam of “You Got Me.” The audio from the concert goes low, and Questlove’s voice is heard as he puts the entire movie and what the Roots do as a band into context. He explains that back in the day, the Roots used to hold jam sessions on Sunday nights and the artists you see in the movies sit in and perform (this was also during the Soulquarian era). We see footage from the rehearsal of Jill Scott arriving and being lovingly greeted by Chappelle and then we begin to hear the slow funk groove of Yasiin Bey’s “Umi Says.” There are two things that I love about this clip other than what has already been mentioned. First, as Bey sings you can see Common on stage, just hanging out, jamming along. Second, Fred Hampton Jr. speaks on freeing political prisoners, reminding us of the platform art can provide to speak politically. -Gus

This clip is near and dear to my heart. The first time I watched this movie was way back, before I was aware of who Dead Prez were. My first real introduction to their music was from Block Party and the whole concept of having a Lexus or justice, a dream or some substance made so much sense to me. They had simplified the concept of materialism vs. consciousness in ways that I hadn’t been able to articulate and it resonated with me to the core. The best part of this clip is when Stic goes acapella. Upon further review, I’d rather have freedom. -Gus

People who tuned into the eighth episode of Chappelle’s Show season one were introduced to not only great sketches (the Frontline parody anyone?), but also Slum Village. Known for hard-hitting bars over soulful musical murals, Detroit’s Slum Village perfectly represented what it was like to flip hip-hop on its back into a whole new sound. Although Dilla’s absent here (he had left the group to pursue more solo success), we see first-hand what makes Slum Village enticing. Under 70s disco lights, roller-skaters and Dave Chappelle bobbing along in the middle, this “Disco” performance presents slinky funk and soul encased in a battle-rap hip-hop shell. -Daniel

Although I wouldn’t necessarily agree with my last statement–it could be thrown on the shortlist for an argument however–GZA’s ability to sling bars full of complicated comparisons and versatile rhyme schemes is straight raw. On “Knock Knock” GZA is in front of the mic, and when he opens with, “I’m the the obscene sling kicker with no parental sticker,” there’s nothing we as an audience can do but sit back and admire. This video isn’t the flashiest, but its simplicity gives way to GZA’s MCing up-front and center. Of course, there’s Dave Chappelle enjoying himself watching the performance, which is comedic in its own right. -Daniel

One of my all-time favorite cuts on Block Party is the “Get Em High” scene. Not only is it a straight enthralling performance, but it also shows us how Block Party is dated in the greatest way possible. At the time, this video represented some of the greats in varying stages of their careers: Kayne had reached that first golden platform and was enjoying his success; and Talib and Common were already high-pedestal hip-hop garners that had helped Kanye before his big break. Watching them share a stage shows us what it was like back in 2004, and also how different the three of these guys’ careers are now. The backend of the scene features Dave Chappelle walking about talking to local folk about the show, listening to rap music and proper show attire (with Dave Chappelle comedy seeping through the seams). -Daniel

Erykah Badu “Back in the Day”

Why do I need to explain myself? THIS IS ERYKAH BADU.

Also, this clip shows us Chappelle’s deep care for children and schools in his community. He’s funny and caring: hard to top that. -Daniel

“Get By” is one of Talib Kweli’s anthems and stands as one of the biggest songs that epitomizes conscious hip-hop as a whole. Hearing it is one thing, but seeing it unfold in Brooklyn, under the lights and under the guise of Talib, Yasiin Bey, Common and The Roots is a whole different ballgame. -Daniel