After having listened to Parts of Speech multiple times by Dessa, Minneapolis’ darling and Doomtree executive, it’s clear that she hasn’t followed the same formula as her first effort, A Badly Broken Code. More singing, slower tempos and an increase in live instrumentation lead to an album that is packed with emotion and musicality. I can’t say that self-proclaimed “hip-hop heads” or “purists” may find her second full-length album difficult to digest. Her style is far different than what some may or may not associate with rap music. However, if you can get past a traditionalist mindset, there is no doubt that Parts of Speech should be in your rotation. This is because what Dessa brings to the table is unique and different in the most refreshing kind of way.

A lot of this has to do with the way she uses her lyrics and singing skills to create vivid images and feelings that are relatable to multiple audiences. At the same time, Dessa is still able to make these stories seem specific to her experiences. There is the first track, “The Man I Knew,” that is about how relationships can completely change over time, even after ten years of loving someone with all your heart. As she sings in the chorus, “The Man I knew/ I don’t think that he can hear me now/ So dizzy with the altitude/ It’s just too far/ Who am I to tell you to come down?” Later, “I’m Going Down” continues the discussion of change within relationships. This time, it’s unclear as to why things are different but Dessa again has a way of telling the story so that it feels that you are the one going through it all. Primarily accompanied by guitar and upright bass, Dessa calmy throws out, “Pull you close but when we kiss/ When we kiss I can feel the doubt/ I remember back when we started/ My kisses used to turn you inside out.” With every track, Dessa continually brings her lyrical intelligence and emotional depth that has made her a mainstay in Minneapolis and around the world. This can be heard throughout the album and on the more up-tempo  “Skeleton Key” and “Fighting Fish.”

Dessa’s Parts of Speech is an album that will take you on a journey that is grounded in the theme of change. Grounded in spoken word, Dessa takes the art form to new levels. The lyrics soar with depth that is reinforced with production by Paper Tiger, Lazerbeak and live instrumentation. This is not a hip-hop album in the traditional sense. Dessa isn’t even a “traditional” hip-hop artist, whatever that even means. But I have to ask, in a pop culture hip-hop world that is saturated with commercialism and swag, why should we hold onto tradition? Why not seek out artists that take the art form and create something new that’s actually worth listening to? Parts of Speech by Dessa is one of these types of albums.

It’s now been one year since the release of Parts of Speech, the critically acclaimed record from Doomtree’s Dessa. After a year, Parts of Speech still stands gracefully, with its multi-mood, multi-genre approach. This is Dessa’s second full-length studio record–I’m not counting her remix album Castor, the Twin–and like her previous material, this album continues to transverse the genre/sound sphere. For Dessa Darling fans, this isn’t new: her albums usually avoid simplistic categorization with many layers and a diverse range in overall sound, and by taking broad-ranging themes and whittling them into little concrete statements, Dessa’s albums require attention to detail; these records are hard to grasp, even after multiple listens. More important however is the growth Parts of Speech showcases: Dessa continues to broaden her style with more singing, more intricate poetry over multiple mediums and a production background that steps up from the beginning stages of her discography.

In all, Parts of Speech deserves the recognition it still sees these days, and to celebrate the one-year anniversary, Dessa has released a remix EP of the record called Parts of Speech, Re-Edited.

Re-Edited doesn’t cover all 12 original tracks–in fact, “Fighting Fish,” “Warsaw” and “It’s Only Me” are remixed twice–but it does provide a good platform with eight tracks that justly represent an expansive remix record.

Opening is the lead-single, “Fighting Fish (The Hood Internet Remix),” a slower, more tethered version than the original. The Hood Internet carry their own though, with low reverberating lyrics and music that features strong electro waves and droning with sincere tones. It’s a great pick for a remix album opener, with enough to distinguish itself from the original while at the same time reiterating its main constructs. “It’s a shadow in the dark,” The Hood Internet say under blocks of electric guitar chords near the end of the track, and as a remix album it may just be a shadow compared to the original, but it possesses enough “darkness,” variation and change to express itself freely as its own.

Other tracks on the record are just as unique and experimental as the opener. On the Lazerbeak & Ryan Olson (their duo name is COMMITTEE) remix of “Call Off Your Ghost,” the two take Dessa’s vocals and stretch them across a clinky electronic shell. With a sound that slightly mirrors something off of Passion Pit’s Chunk Of Change,–although, nowhere near the chinsy-ness of Passion Pit as a whole–the two make this remix a different kind of sad–the original is sad in its own right, but this one puts it into a whole new category.

On “It’s Only Me (Grant Cutler Remix),” Cutler trades soothing string melodies for synth pads and a drum machine, which takes the song’s tone and makes it livelier. The setting and content behind the lyrics is still all Dessa, but Cutler switches up the music to make his remix more fitting for a bar or club than a symphony hall.

The “Skeleton Key” remix on the other hand, which is the album’s closer, absolutely shines with added instrumentation, as the Youngblood Brass Band provide a very formidable backdrop. Using their patented New Orleans fusion sound, along with their experience working with other hip-hop artists, the Youngblood Brass Band does what they do best as they explode all over the speakers with strong horns, raging saxophone bombardment, a frenzy of percussion and a fitting stage presence.

With other guests remixing Dessa’s songs such as The Year of the Horse, Dustin Kiel, Budo and Cecil Otter, Re-Edited is a worthy remix album. Celebrating the one-year anniversary of Parts of Speech makes this little project special, but without that certification, the music and artists would make this record stand anyway on their merits alone. Listen to the original Parts of Speech and then crank Re-Edited; celebrate Dessa’s music for all to hear!

Album of the Week: “A Badly Broken Code” by Dessa 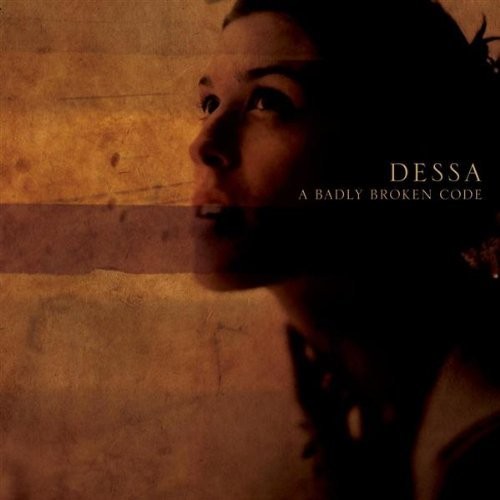 END_OF_DOCUMENT_TOKEN_TO_BE_REPLACED

A Bonus Cut Feature: An Interview With Dessa

It was exciting when Dan told me that we might have a shot at interviewing Dessa. From Minneapolis, Minnesota, Dessa’s impact on hip-hop, literature and education has been a big one. Through her work with Doomtree and other projects, she has touched so many. Naturally, I was looking forward to getting to hear her thoughts. Ann Arbor, Michigan was one of the places on her “Parts of Speech” tour and she was going to be making a stop over at the Impact 89FM studio, Michigan State’s student radio station. The original plan was that I would interview her following an in-studio performance. However, due to time constraints this did not happen because the band had to get down to Ann Arbor for the show. Initially, I was bummed. However, when one door closes, another opens. Despite missing out on the chance to talk in person, it was decided that we could do a phone interview. I was also put on the guest list for the show in Ann Arbor (Thank you Mars!). At the show she mingled with fans before the performance, with each encounter being seemingly genuine. On stage, she interacted with the crowd, bringing them into the show. It felt as though we weren’t just there to watch musicians on stage, instead it felt like we were part of the performance. At one point, she said to the crowd, “You are the record label.” What she meant was that with the decision we make to pay for records, we keep independent artists afloat. As someone that chooses not to download music illegally, it was refreshing to hear an artist acknowledging the role that fans play in supporting musicians. On stage, it never felt that she or the band were working too hard or not hard enough. They were in the pocket, playing well and feeding off each other’s energy. A perfect way to spend a Sunday night. After the show, i introduced myself. As we talked about the show and setting up a phone interview, her approachable and humble personality was the same as it had been on stage. There is an edge to Dessa that manifests itself within her sense of humor, intelligence and beauty. It was an honor to talk with her in person and on the phone because of her honesty, insight and dedication to her craft.