The Mixes: The Valentines Day Mixtape 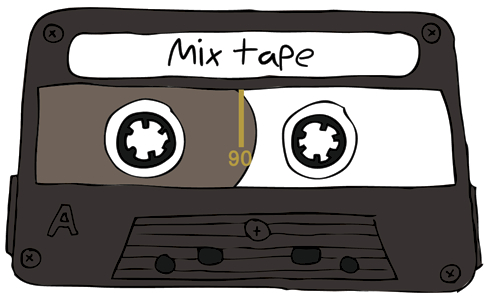 The Mixes is a Bonus Cut series that focuses on themed mixtapes. The purpose of this series is to share music in hip-hop, but also to share the ability to express feelings through mixtapes. The premise takes after Rob Sheffield’s book Love is a Mix Tape, but unlike his book, these mixes will vary in theme. Although I will have notes explaining why I included each song, the overall interpretation of the songs and the mixtape as a whole is on you. Music is fickle because it triggers different emotions, and one of the greatest feelings is determining your thoughts for specific music on your own. Although Bonus Cut provides The Starting Five, a weekly list of songs the creators are currently digging, The Mixes is an individual entity because of its focus on certain themes.

END_OF_DOCUMENT_TOKEN_TO_BE_REPLACED

Album of the Week: “3 Feet High and Rising” by De La Soul

END_OF_DOCUMENT_TOKEN_TO_BE_REPLACED

A Letter From the Editor: Forget the Resolutions. Let’s Just Do.

This is me circa 2009. My looks have changed dramatically, but I’d like to think that my values are still the same.

The Tuesday before New Years Day, as the sun slid beyond the outer reaches of Florida’s horizon line behind cackling trees with leaves starting to fall, I found myself leaving work and looking forward to my last meal of meat and a start to a healthier lifestyle. I had proclaimed proudly, merely two weeks before, that I would cut out all meats from my diet–most notably red meat, which has hampered my health just like penalty flags for the Detroit Lions. My reasoning behind this was–because even I can admit that certain meat is healthy for your diet–that if I could cut out meat entirely, I could cut out fast food entirely, and I could also implement more sustainable foods that I had previously avoided like the plague: yogurt, soy, beans, tofu, more than a single plate of veggies.

Here I found myself standing in front of a pulled pork sandwich, the clock skulking towards my deadline–8:00, okay I have four more hours. I took a bite, and then I took a few more, and without thinking I just stopped. Maybe it was the pressure of the new year distorting my thoughts, but at some point while engulfing my last bit of meat for life I felt disgusted with myself. I felt disgusted with the fact that even though I had decided to give up meat more than two weeks ago, I selfishly chose to use 2014 as an excuse to extend my eating habits to the very crumbling precipice that is my health. I felt disgusted with the fact that it took me 23 years to realize that maybe my eating habits weren’t the best for my body. Most importantly however–and the point I’m trying to make to drive this letter home–I felt disgusted because instead of just doing something, I found some sort of excuse to delay the slow churning problem that was presented in front of me.

END_OF_DOCUMENT_TOKEN_TO_BE_REPLACED

A Change Is Gonna Come: A Personal Reflection By Justin Cook

END_OF_DOCUMENT_TOKEN_TO_BE_REPLACED 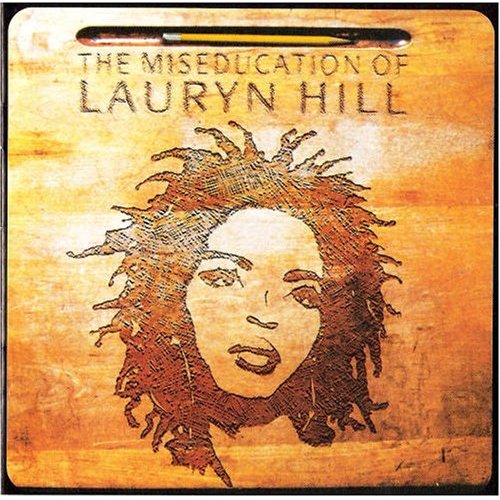 Though Lauryn Hill was the catalyst that drove the Fugees commercial and critical success, no one was ready for her debut solo LP, a stunning record clouded in hip-hop neo-soul that is encased in a sheath of love, religion and turmoil. Beyond the gilded trim of the album itself, The Miseducation of Lauryn Hill finds the MC fighting off two reeling relationships (that of the Fugees and Wyclef Jean), and because of this the album itself shows its audience the inner-reflection of a woman swirling in emotion. From “Ex-Factor” to “Everything is Everything,” The Miseducation of Lauryn Hill stands as an album that tracks pure sentiment sprawling from the ideals of motherhood, relationships, remembrance, heartbreak and God.

The idea of The Miseducation of Lauryn Hill being lauded a classic could stem from how brilliantly and personally the lyrics mix with the luscious melodies; it could stem from the fact that the album itself is a genre-bender, a piece that infuses hip-hop, soul, R&B and reggae into a variable drum of mind-transforming tunes; or it could stem from the record’s background, and how Hill turned to God and motherhood as a means of transforming a dark period into a worthwhile one. However, the main mechanism behind the album’s success is simply its emotion.

The album’s second single “Ex-Factor” is a touching song that willingly tugs at Hill’s emotions and pours her insecurities into an open bowl for listeners to dissect. “To Zion” is a Carlos Santana-backed track dedicated to Hill’s son that slithers from the tip of her tongue to the headphones of the listener. “Doo Wop (That Thing)” is a lifting piece built on horns and a quick-tapping piano pointing out the differences between men and women. And “Lost Ones” is the first proper track of the album that sets the medium for the rest of the record. “Never underestimate those who you scar, because karma comes back at you hard.”

Delving into The Miseducation of Lauryn Hill is as simplistic as the emotion pouring from the album itself because it’s a modern classic that comes with straightforward authority. The majority of the record paints a vivid picture of vital emotions and feelings. Add that to Lauryn Hill’s vocal strength and production and you have an album comparable to Aretha Franklin’s Lady Soul or Stevie Wonder’s I Was Made to Love Her. At the base of this record however stands an original piece of work that was fueled by reckless emotion and faith, something that is rarely seen anymore.

Lauryn Hill’s solo debut from 1998, The Miseducation of Lauryn Hill, was released to immense critical acclaim. Topping the billboards charts and winning Grammy awards including Album of the Year, Ms. Hill’s Miseducation stands as a decisive hip-hop/soul record with it’s original sound. The impact of this masterpiece cannot be understated; without this album, hip-hop and neo-soul would sound completely different. With classics such as “Everything Is Everything,” “Doo-Wop (That Thing), “Ex-Factor,” “Every Ghetto, Every City,” “Final Hour” and “Forgive Them Father,” Ms. Hill discusses the ups and downs of love, success and The Fugees, all the while demonstrating her talents as a songwriter, MC and singer. Produced almost exclusively by Lauryn herself, The Miseducation of Lauryn Hill stands the test of time and continues to inspire artists of all genres.

The album begins with the familiar sounds and commotion of a classroom. In this moment, attendance is being taken and as the teacher calls for Lauryn: there is no response. As the record progresses the listener is repeatedly taken back to this classroom and the teacher is heard engaging the students in discussion. At the end of “Lost Ones” the class is heard spelling out the word “love”. From there, the teacher asks if the students know any songs or movies about love. In this outro/skit the students react as most grade-schoolers would and don’t take the question very seriously, as they laugh, joke and throw out examples such as The Titanic. Instead of resorting to some sort of disciplinary measure, the teacher continues to inquire about love. Later, after the jams “Ex-Factor” and “To Zion” the teacher asks the students, “How many of y’all have ever been in love” and adds jokingly, “I know none of the guys have ever been in love, we don’t get in love right?” This time the students respond with more focused answers that move the discussion forward. Again we are left with a cliffhanger as the teacher clearly knows he can get deeper answers from the students. However, “Doo Wop (That Thing)” begins and the discussion is forgotten as Ms. Hill takes you away with her musical brilliance.

After “Doo Wop (That Thing)” the listener is taken back into the classroom. This time the teacher addresses the young women, “Hey, we got some very intelligent women in here, man. Do you think you’re too young to really love somebody?” The teacher is met with emphatic rejection of this question and from this inquiry the dialogue is able to begin. One of the students describes being in love; “There’s a difference between loving somebody and being in love. You can love anybody but when you’re in love with somebody you’re looking at it like this: You’re taking that person for what he or she is no matter what he or she look like or no matter what he or she do.” Yes, the music on this record was revolutionary and changed hip-hop and neo-soul forever. Nevertheless, this moment and the other instances in the classroom are as important.

These flashes in the classroom are as significant as the music because they demonstrate how a classroom can be set up to encourage dialogue. In these short sketches the teacher acts as a facilitator, creating the safe environment needed for students to share their experiences. What emerges are students that are wise beyond their years and feel comfortable sharing their story. Beyond that they are able to connect their learning within the classroom to the knowledge they have gained outside of it. When this happens, teachers and students are able to learn from each other and think critically about subjects such as math, science, English and social studies. The Miseducation of Lauryn Hill reached critical acclaim because of its innovative approach to hip-hop and neo soul. That being said, it should also be praised for its glimpses into a classroom where an environment of empowerment is created, critical education is embraced and learning is able to occur.