Return of the G’s: Why Everyone Should See OutKast Before It’s Too Late 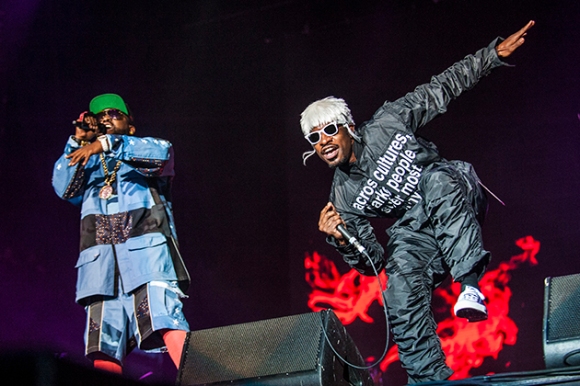 Writer’s note: I would not have been able to experience this performance and reflect on it without the generosity and overall goodness of my close friend Marites. For that, I dedicate this piece to her.

“Some say we’re pro-black, but we professional. We missed a lot of church, so the music is our confessional” -Big Boi on “Aquemini”

In January, when 2014 was still a youngling, Andre 3000 and Big Boi came out of the woodwork, settled whatever differences they had and declared to the world that OutKast was back. When it was announced, it felt like a belated holiday present, kind of like that late gift your Uncle Stu sends in mid-January. The difference is that this announcement was better than any gift card you could have wrestled out of your mailbox. From the very get-go, this tour was meticulously plotted out (OutKast would settle on 40 festivals and events for the year) and triumphantly shared among critics and peers alike. More importantly however is that along with other anniversaries in hip-hop—among them, Nas’ Illmatic and De La Soul’s 3 Feet High and Rising—the return of OutKast reinforced the stern fact that although hip-hop has changed and continues to change, the golden era legends never go away and are surely never forgotten.