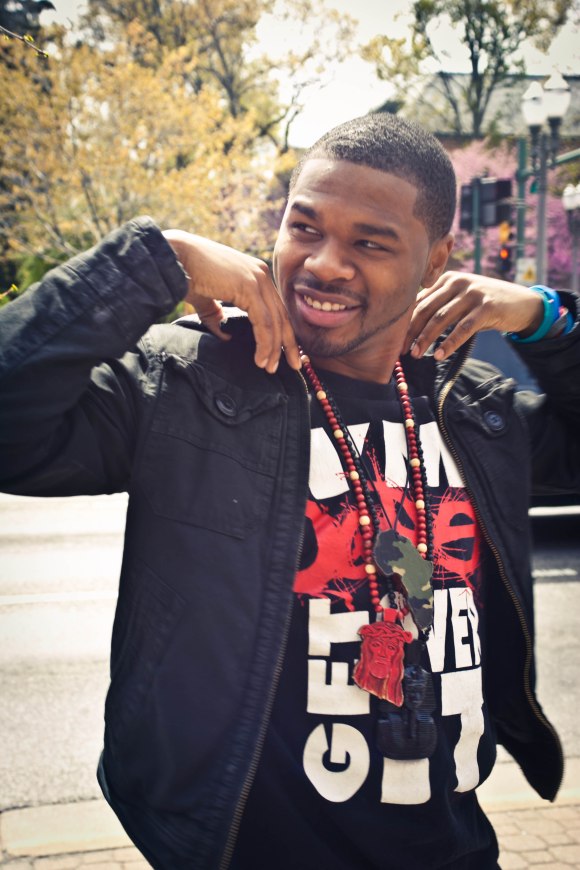 When Jahshua Smith (FKA JYoung The General) is on stage, he commands it. He makes you listen to his words and what he has to say. When he’s in front of an audience, he doesn’t hold back and you can tell that he’s doing something that he loves. As an audience member, it becomes impossible not to move your feet, throw your hands up in the air and nod to the beat. After seeing how polarizing and energetic he is on stage, you might assume he would be the same way off it. However, when you sit down and talk with Jahshua, he is one of the more quiet and retrospective artists we have spoken with. As one of the founding members of the BLAT! Pack, Jahshua Smith uses hip-hop as a worldview and applies it to the work he does within African-American history, teaching literacy skills to youth and the music he makes.

We held the interview at the Record Lounge, an independently owned record store on Division Street in East Lansing, Michigan. The store is exactly how you want a record store to be: there are crates of vinyl everywhere, and hidden gems lurk within the stacks as posters, stickers and flyers are plastered on every corner of the space. It’s the kind of place that you could spend hours on end. Having grown up in Detroit, Jahshua eventually left for the Lansing area to attend Michigan State University. He chose the Record lounge for the interview because as a student, it was a place he went to discover new sounds and hangout with friends.

We cannot thank Jahshua enough for his interest in sitting down with us and we look forward to our next encounter.

Many thanks to Heather Frarey, the owner of the Record Lounge, for allowing us to do the interview in her place of business.